In Genesys Cloud, administrators can separate and group configuration objects into separate divisions. A division is a way to group and segregate objects but keep them inside the same organization. For example, you can create divisions by business units, countries, and office locations and then assign configuration objects to each division. After you create and configure divisions, you can use roles to grant user access to divisions, and thus the objects within each division.

After you initially configure divisions, maintenance is minimal and fairly straightforward. Creating a queue is as simple as associating it to the correct division. This process ensures that users who have roles with the appropriate divisions have the proper access to objects within those divisions.

You can configure a division with these object types:

At most, an object can be part of a single division. For example, a support queue cannot belong to an East Coast division and a West Coast division–it can only belong to one or the other. Although an object belongs to a single division, Genesys Cloud does not restrict the number of divisions to which a user can have access. A supervisor can have a role for more than one division, depending on organizational needs or requirements. 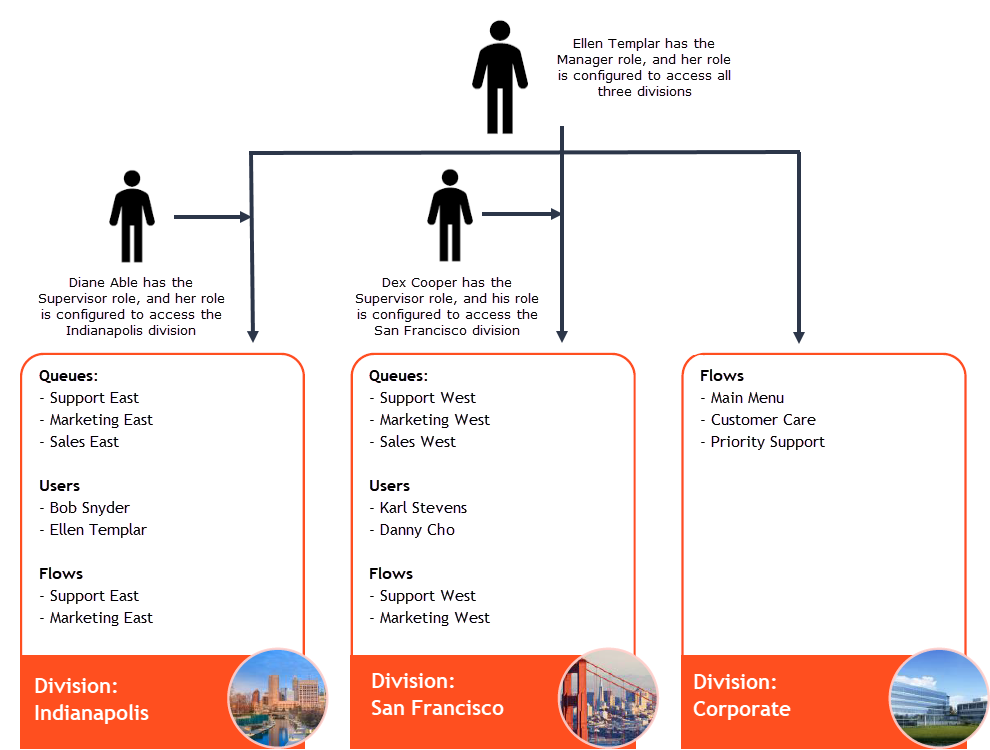 To understand how this configuration impacts the analytics data presented throughout Genesys Cloud, see how Ellen Templar and Diane Able access the Skills Performance view.

For organizations that exist before access control: Until you create new divisions and organize objects into them, all configuration objects belong to the Home division, and transactional objects associate with the Home division.