With this information, users assess a customer’s feelings towards your products, brands, services, and agent’s competency. For example, you can use sentiment analysis results to search for a list of interactions with a high negative sentiment score to identify frustrated customer experiences, determine the root cause of the customer’s frustration, provide them with the solution they need, and ultimately improve the customer’s experience and agent performance.

Sentiment analysis information is made available in APIs as well as in the Interaction Detail View.

In the image below you can see the sentiment markers in the transcript, Events panel, and in the interaction overview waveform above the transcript. 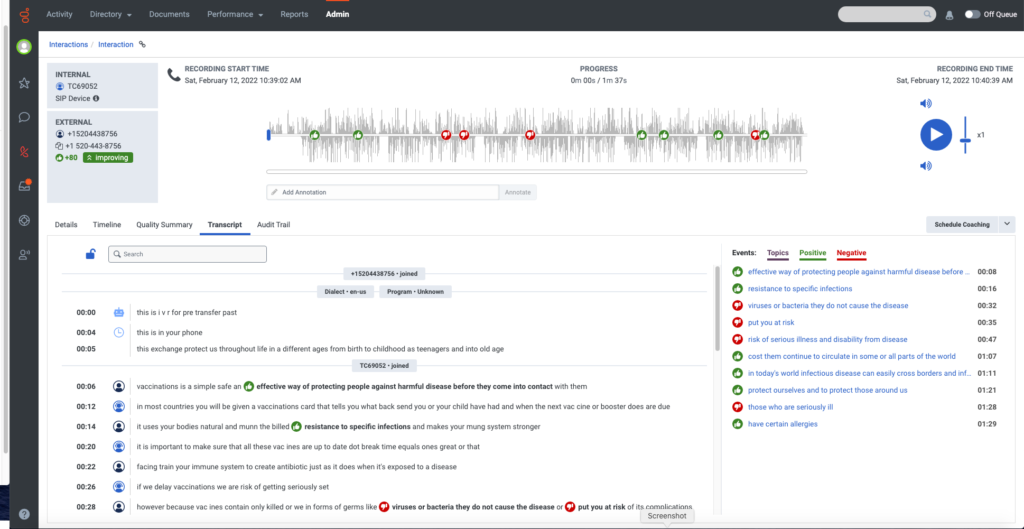