You can monitor the status of a BYOC Premises Edge when an operation that takes an Edge offline is under way by checking the State value.

You can check the State value on the list that appears on the Edges page.

You can also check an Edge’s State value on the Information panel that appears on the General tab of the Edit Edge page. 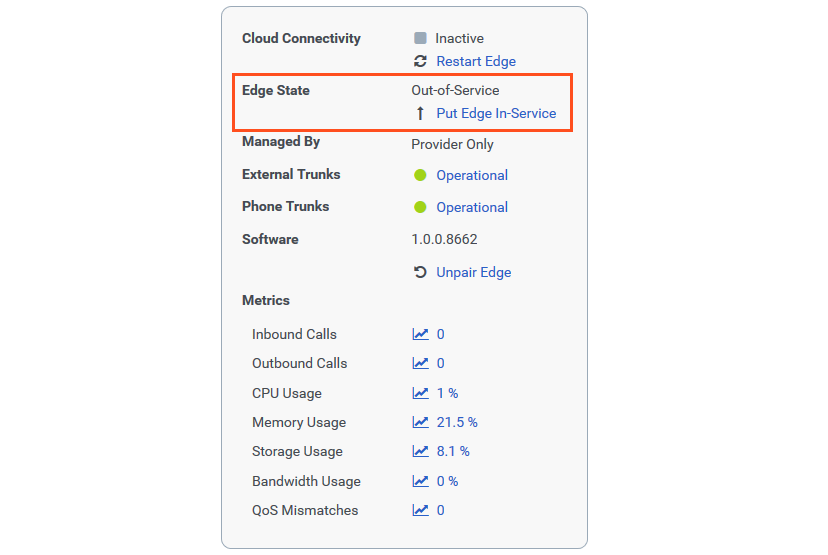 Operations that can take an Edge offline include:

A key component of this state display is the call draining feature.

For specific details on the Edge operational states and the call draining behavior, see the following articles: