To see statistics and other details for a specific active campaign, click…

From the Campaign Diagnostics

The current number of Scheduled Interactions is shown on the campaign diagnostics for a running campaign. 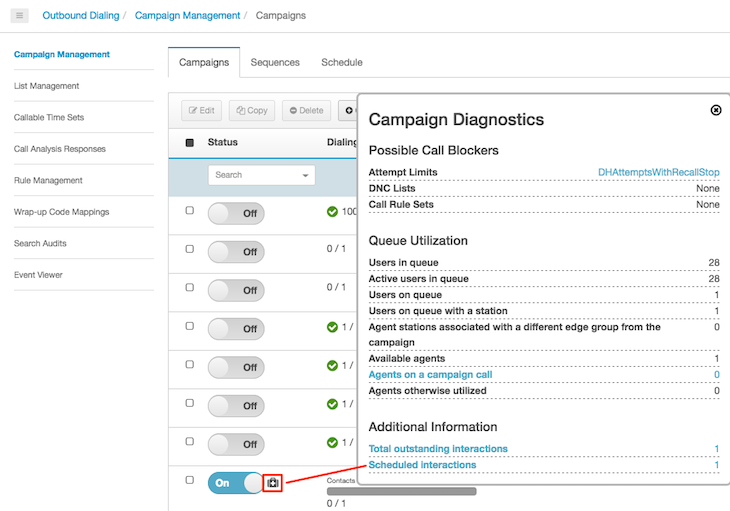 From the Campaigns Dashboard 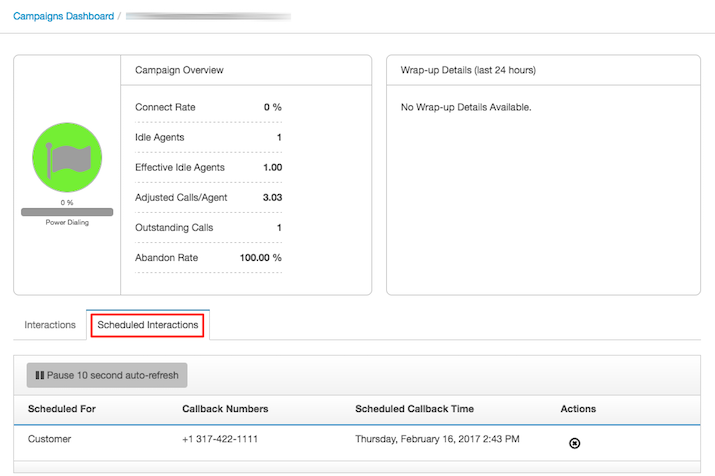 From the Scheduled Callbacks view

A callback scheduled by a rule of a running power campaign is shown on the Scheduled Callbacks view.