About security and compliance

PureCloud is a suite of cloud services for enterprise-grade communications, collaboration, and…

PureCloud products use the continuous delivery model. Instead of releasing large batches…

Whenever a PureCloud user triggers an event, such as adding tags to a profile or uploading a document, that event goes into the cloud and is first received by our Public API, which acts as a firewall of sorts. 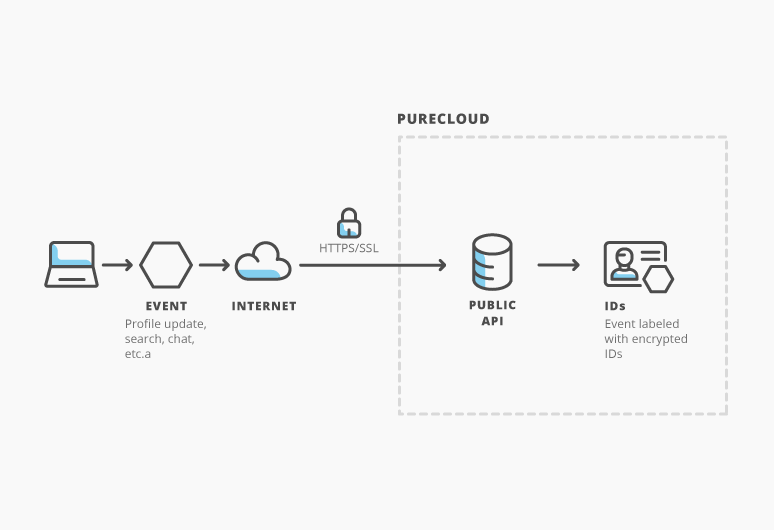 Then, the event bounces between PureCloud APIs until it reaches its destination. It does this because each API serves a specific function, and it can take several functions to process a single event. One API depends on another API’s help to solve a problem or retrieve data, for example. 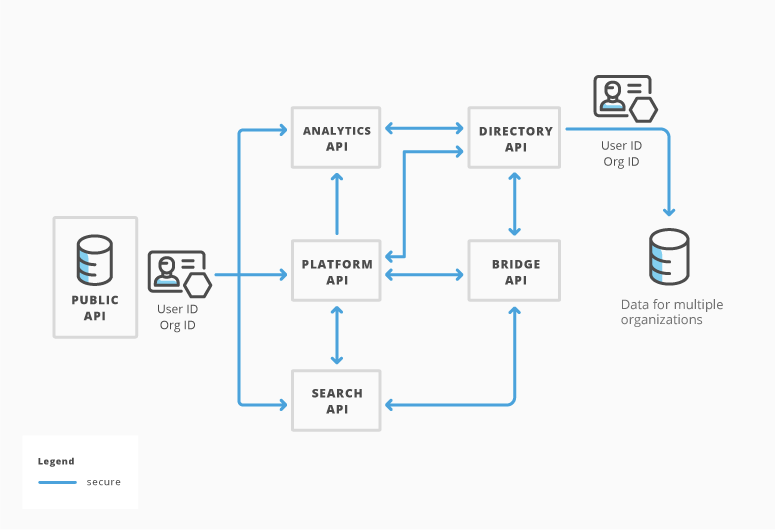 Every internal request travels over a secure HTTPS/TLS connection and requires verification using the encrypted IDs. At each hop, the event must identify itself as being from a valid user in a valid organization.

Once identified, the event cannot come in contact with events that have a different Organization ID, so no one can see what doesn’t belong to them.

Some data is even encrypted inside the database, like passwords, which means that no one at Genesys can access it, even administrators with full permissions.