About reports, views, and dashboards

Managers, supervisors, and agents can use dynamic views, dashboards, and reports to…

Learn the definitions of common metrics.

Before you run a report, choose which report to use and configure…

Why does some data not match on the Dialer Campaign detailed Attempt History report and the Interactions view?

Choose which reports to use

The Interaction Details report displays details about interactions for one or more agents during a specific date and time range. You can select which interaction types to include in the report, such as just calls, or calls and emails. The report includes the following information:

Note: The report includes interactions that have ended. It does not include an interaction that is currently being handled by an agent.

The report sorts the interactions by date and time. Run the report to identify: 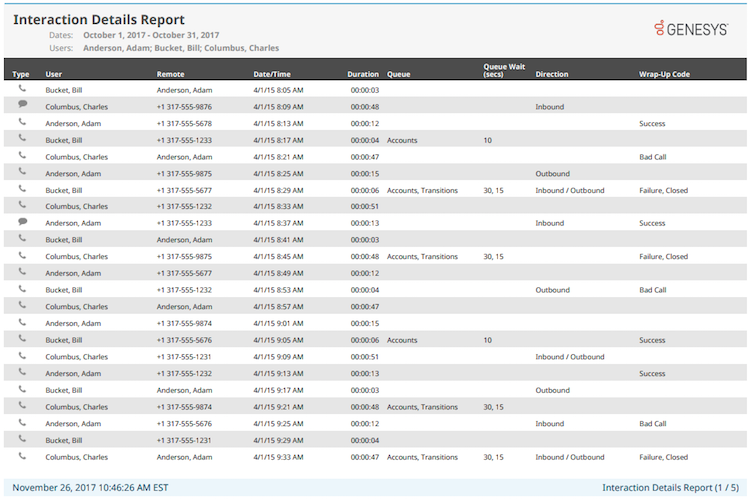