Feature deprecation: On the January 1, 2021 decommission start date, Genesys development will begin to scale down the support services and remove unused connector services as final customers migrate off the connectors. Genesys will also introduce periodic disabling of the connectors during off hours. In early 2021, Genesys will post a schedule for disabling each connector, with two-week advance notice. Genesys’ objective throughout the decommission and removal process is to ensure that we do not negatively impact our customers’ businesses. For more information, see Deprecation: Genesys Cloud Bridge integrations.

The fault tolerance strategy to prevent service interruptions is Bridge redundancy operating in an active-passive configuration. Genesys strongly recommends using the Bridge Connector in this configuration, which includes:

The connector instance with the role of leader conducts all of the integration work. The second instance is inactive but enabled and ready.

In the event of a failure such as a lack of network connectivity or a loss of power, the second connector instance becomes the leader while your personnel addresses the cause of the failure.

Note:  This behavior governs any instance of communication loss, including when a virtual machine restarts due to routine maintenance. 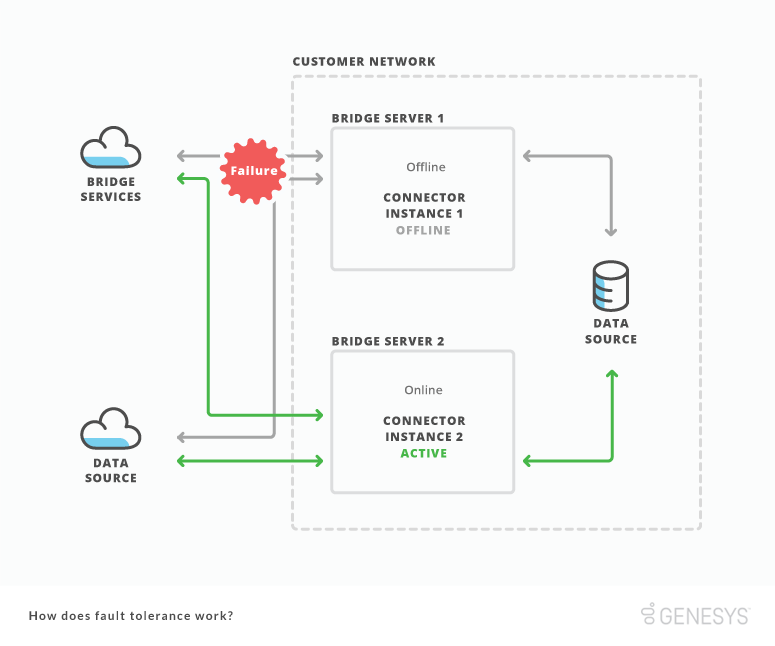 When the failure is fixed, the first connector instance becomes the standby, and the second instance is now the leader. 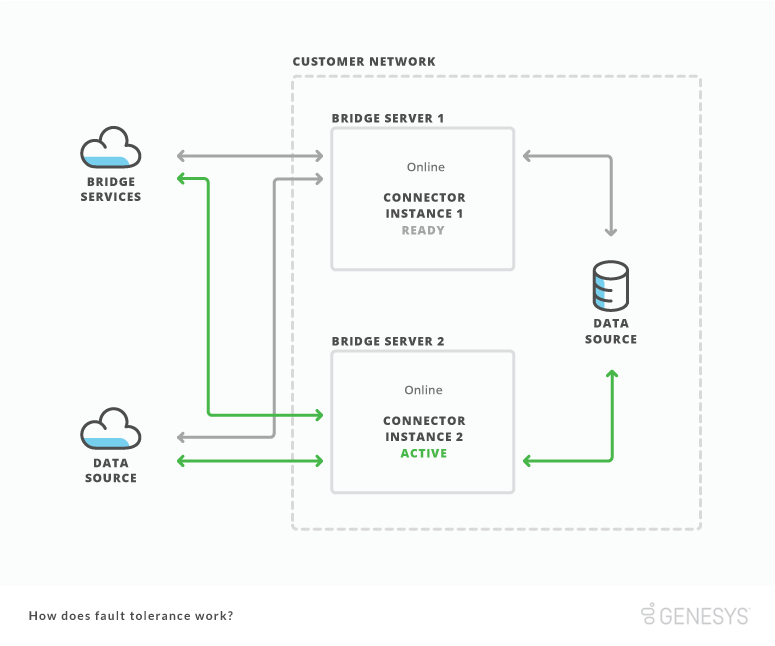