Note: This report does not count dials placed in Preview Mode because the agent, rather than the outbound dialing system, places the call. 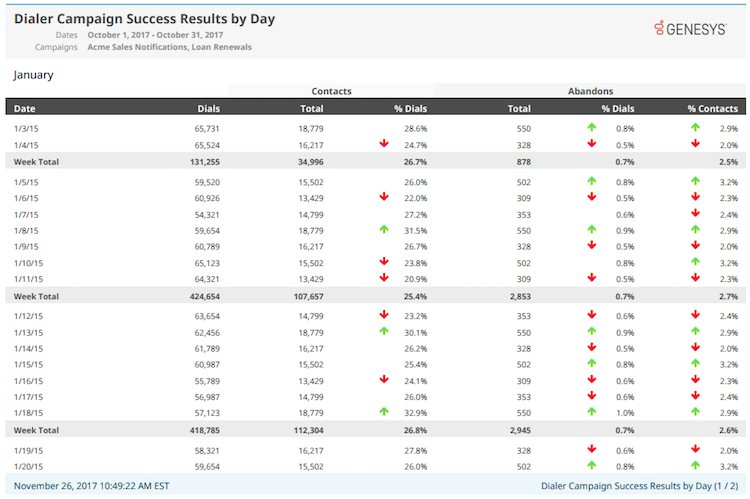 Note: SMS campaigns are not supported in Dialer reports.
Scroll to top