Concepts for the data dip connector

Several key concepts are helpful for understanding how the connector works. The diagrams illustrate the relationship between these concepts. 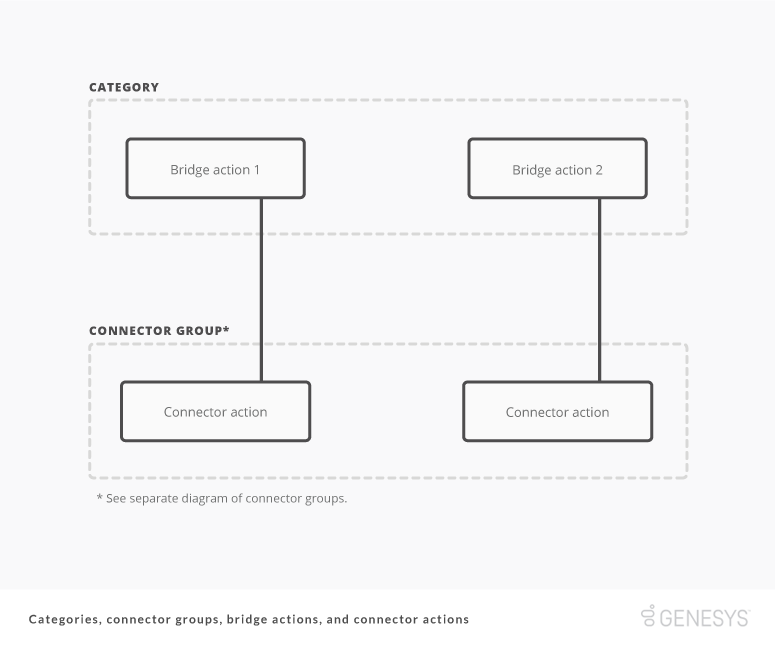 A category is a name for a group of related bridge actions. When you are creating a call flow in Architect, categories can help you find a bridge action that is part of a particular group.

For example, you can create a category name SupportAccountLookup to group all bridge actions that look up account information for a support organization.

With the web services data dip connector, a connector group retrieves information from a third-party system using a connector action (such as GetContactByPhoneNumber).

Use multiple instances in a connector group for the following scenarios:

* If supported by the connector.

For more information about the connector, see About the web services data dip connector.